It’s possible to export EvE Marketeer data in many ways including one compatible with the Multicharts® professional trading platform.

In order to export Multicharts® compatible data, you have to click on the link circled in the screenshot below: 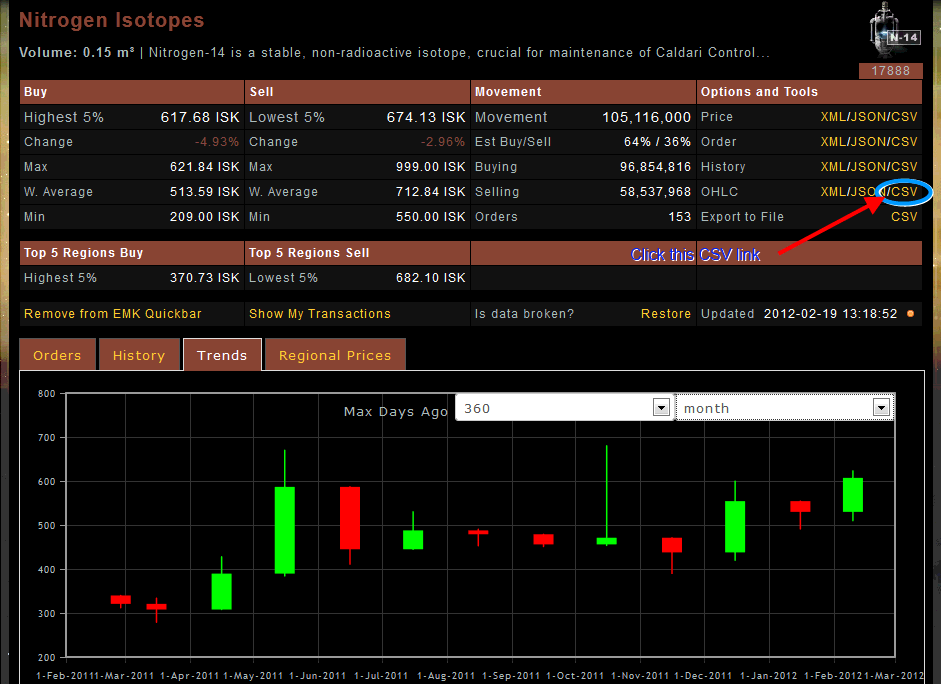 A “File save as…” pop up will ask where to save the export CSV file. Be sure to select CSV and not XML or JSON.

Once the file has been saved, it’s possible to import it into Multicharts®.

A very detailed step by step tutorial about how to do import such CSV data into Multicharts® is available on this web site at this location.

In particular, replace the sample data provided in step 4) of said tutorial with the CSV file saved off EvE Marketeer.

Here is a sample of the kind of graph that may be charted by exporting EvE Marketeer data into Multicharts®: the same weekly Robotics chart plus the relevant BRNs and price levels applied onto it.

Compared to the EvE Marketeer chart, the proportions of the candle bars in Multicharts® give additional information. In example, the same weekly bearish pin bar now appears much taller, suggesting a direct trend inversion, which indeed happened.

Another, much more in depth example about how EvE Marketeer may empower EvE® trading is available on this web site at this location. The trade analyzed in the example earned billions ISK.