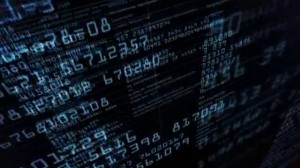 Markets are a fascinating, fundamental yet so unknown feature of ancient and modern life alike.

The first part of this chapter shows a brief general introduction to the markets, the second goes deep into the more theoretical elements that are at the foundation of the markets.

This trading course will focus a lot on currency pairs trading, also known as Forex. The reason for this is because Forex is the lowest entry barrier, cheapest financial market a perspective trader may start training with. Whereas other markets could require expensive software, market data feed fees and a minimum of several thousands dollars account, Forex may be approached with as low as .

Markets are not something complicate or abstract, they are something we live every day. Every time someone buys or even barter something, a trade happens. The place where this activity happens is called a market. The most basic market features a buyer and a seller, this scales up to thousands of buyers / sellers, to exchanges and brokerages but in the end the concept is still the same: counterparts taking one of two positions: buying (also known as “going long”) or selling (also known as “going short”). 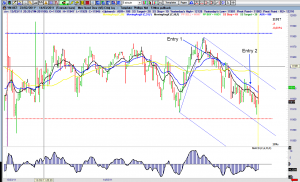 his course is aimed at trading a specific kind of assets, called “financial products“, also known as securities. It also covers the markets where these securities are exchanged. Securities have often used to be contracts written on paper. They are a legally binding contract between two or more parties often precisely specifying all sorts of fine details. Here is an example of a very common future contract, called e-mini S&P 500.

These days most contracts are electronically traded through high speed dedicated communication lines and Internet.

The markets may be operated with this method. Each market may be tradeded by using specific software called “trading platforms”. Those range from free solutions with basic charting capabilities and market orders entry to very expensive and complicate platforms that include very advanced orders structures.

Follows a list of the most common markets and some of their characteristics.

Before proceeding with the rest of the course, the Reader should visit the following Baby Pips web sites and complete their beginner tutorial, called “school”, all down to “graduation”. This tutorial provides a very newcomer friendly introduction to Forex, this course’s choice as marketplace due to it being fast, easy and cheap to get started into.

The English version of the course is available at this location.

The Italian version of the course is available at this location.