I have read times and again questions about online games and economy: if they are related, how much, if it’s important for an online game / MMO / MMORPG to have an healthy economy and so on.

As long time MMO player and in game and real life trader,  I have acquired quite a good amount of material and experience about this topic. 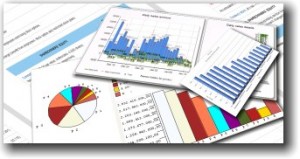 Readers who stumble upon this blog from a Google search might want to check the many markets, finance (both game and real life related) articles present on this blog. They’ll find out how at a certain point I have given inspiration to EvE Online™ economist Dr. Eyjolfur Guðmundsson for a presentation he gave at his last Fanfest. This has been an huge honor for me, as EvE® Online™ is known for its rock solid economy model and Dr. Eyjolfur Guðmundsson has been a very competent game economist, known to the point to later get hired with a prestigious position of rector at Háskólinn á Akureyri (University of Akureyri).

Other references: my work has been used to improve tools like the Guild Wars™ 2 premier gold / gems charting tool, EvE Online’s EvE Marketeer website (more charts), to have created an EvE economy blog and to have setup realistic EvE market charts that look exactly like real life ones.

It’s not immediately apparent, but a MMO economy is what makes or breaks it.
Games with a stale or over-inflating economy are doomed to fail. It’s that simple. Even in games where economy seems to be completely irrelevant, it’s still a fundamental factor. A single player game, even a non RPG based game, can easily break if its numbers are off. In a MMO markets and economy are even more important, because they implement a community and communication tool between players <=> players and between players <=> developers.

Games economies and markets come in all sorts of kinds, but they may roughly be classified into two main categories: games with a central market place and games with regional, local markets / market places.

Games usually use simplified economy models, therefore the strategy used to place market places also influences markets, which in turn inflences the economy. Therefore from now on I’ll use the terms without making too many distinctions.

The first names that come to mind are World Of Warcraft® and SWTOR®. You get one or very few, centralized “central exchanges” where everything is listed at once and together. This is a quite popular kind of model, because players may find everything they want in a single, convenient location. However it comes with drawbacks and issues that have broken some MMORPGs in the past.

The first names that come to mind are EvE Online™ and The Elder Scrolls Online™.

Both of these games rely on a very important factors: travel times and high wallets segregation. These greatly help avoiding the economy to become “too hot”, over-inflate and help fighting gold farmers and exploiters on a macro scale.

In these MMORPGs, players don’t have a central exchange or trade hub or auction house. They have several local markets and players must bring their wares to these. Moreover, prices are not visible from everywhere nor across marketplaces: they are local and known only to the local market being browsed.