EvE® Online meta professions are a challenging, often risky, completely player created and driven kind of professions, the apex of the so called “emergent gameplay”. Auditing (along with top Alliance infiltration) is easily the most challenging and demanding of them. Very few EvE professions allow an outsider to potentially cause somebody such a devastating damage, beyond the loss of their assets. Therefore auditing is restricted to an extremely small number of individuals who need to gain the utmost complete trust from their partners. Over the whole EvE playerbase there has never been more than an handful of Public Auditors active at the same time. Since about 2011 there’s basically only one active Public Auditor left, Vaerah Vahrokha.

What is an audit? 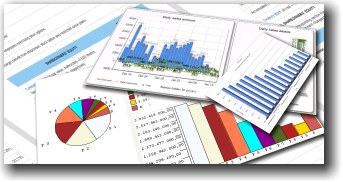 The general definition of an audit is an evaluation of a person, organization, system, process, enterprise, project or product. The term most commonly refers to audits in accounting, but similar concepts also exist in project management, quality management and more.

Despite having borrowed the “audit” term from a real life profession, EvE auditors often look more like a detective than an accountant.

In fact, anybody may claim to be anyone, anything and be able to do everything in EvE. Nor EvE will impose any kind of claim check or penalty for fraudolent behavior.

Auditing is the art – more than the profession – of finding out which claims are true, which ones cannot be verified and how well the subject of the audit is performing. The conclusions of the investigation and the performance results are finally formally written in the form of an Audit Report, or just “Audit”.

An old EvE Online forums thread talking about audits and auditors has been created by an elder auditor called Kazuo Ishiguro.

Audits are usually requested before investors send ISK to an investee. Unlike the real world audits, EvE audits are commissioned and paid for by the investees (the investment proponents). This by itself raises all sorts of conflicts of interest but this is the way it works in EvE.

Audits come in serveral flavours. There are short ones for small and simple investments (new traders small bonds) and there are huge ones covering a whole alliance, all their manufacturing facilities, detailing whether their Player Owned Stations (POSes) are well setup or not.

There are all sorts of audits, from “legitimacy” audits that prove an investee ability to deliver (skill wise and business plans wise) what they claim, to performance audits that show how good the investee is doing in the middle and at the end of the investment.
There are private audits, usually issued by people who want a third party measuring their performance or by an alliance on some of their members.
There are public audits, usually issued for an Investee who wants to raise public funding for his venture.

Public audits created by Vaerah Vahrokha since 2011 have been standardized, classified and made into a searchable archive, called Public Audits Records (PAR). The archive, available at this location, provides a number of examples about how audits may look like. Most of Vaerah Vahrokha audits feature functionalities not available on the official forums (i.e. pictures, videos). However every audit is stripped down to a text version and replicated on the official forums as well. This is the only way to prove they are not counterfeit or modified by convenience, as EvE-Search.com will permanently save them in its own static forums archives. Every audit comes with its unique NEISIN code, another safety measure to avoid confusion.

On June 2012 Vaerah Vahrokha created this audit for Rykker Bow, code CSRYKKEBO077 and stored it in the PAR. At the same time, it was converted to text and posted on the official forums at this location. Notice the abundance of links put at the beginning of the various report versions to make it easy to go back from each report version to its corresponding version posted on another web site.

audit
The general definition of an audit is an evaluation of a person, organization, system, process, enterprise, project or product.
emergent
Emergent gameplay refers to complex situations in video games, board games, or table top role-playing games that emerge from the interaction of relatively simple game mechanics.
NEISIN
A New Eden Interstellar Securities Identification Number (NEISIN) uniquely identifies a security. While its structure is identical and strictly compliant with "real life" ISINs, NEISINs are tailored to New Eden investments and contracts.