While having the lowest entry barrier among the meta professions, Collateral Holding still requires complete trust by all the involved parties. Sometimes  the assets values involved in the transactions may reach above 100 billion ISK.

Even a smaller collateral may still be worth some billions. Not everybody may be trusted with such amounts, therefore the Collateral Holders are not a large number.

What is Collateral Holding? 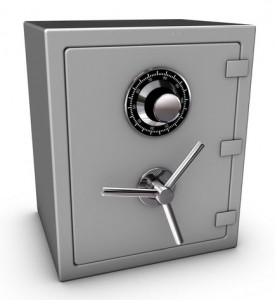 Most of the Third Party Service characteristics apply to Collateral Holding. The Holder guarantees that the transaction between the two other parties will be smooth and secure. There are usually pre arranged plans to engage in case something goes wrong. Like for a Third Party Service, a Collateral Holder completely relies on his reputation to be completely flawless. Earning trust in EvE takes years, irreversibly losing it takes few seconds.

There are several variations of this service and several kind of assets that may be involved.

The most common transactions involving a Collateral Holder are:

The most common items held as collateral are:

Vaerah Vahrokha‘s Collateral Holding services cover every kind of collateralized operation and any kind of held collateral except Titans.

In particular, her specialty are finance related collaterals. Besides the classic “middle-man between two parties” assignments, Vaerah will also directly post collateral for her own business (example: collateralized customers BPOs taking and research) or provide loans to customers able to post collateral.

The following is a typical suggested sequence of tasks to perform in order to complete a transaction by using a Collateral Holding Service. It is very similar to the Third Party Service procedure except for the fact Collateral is usually returned to the original owner. Please notice how the sequence may take vast modifications depending on the exact transaction kind and on the possibility for some of those transactions to happen between two actors and not three.

Here is a list of Collateral Holding Services. It’s in alphabetical order so not to hurt anyone’s sensibility. Notice how some of them may be currently inactive or have only held (multi-billions) collateral for a couple of times.